Hole in the wall 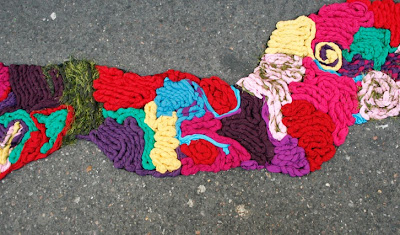 I recently read about this art project in Paris by Juliana Santacruz Herrera. And I think it’s great! She fills holes and cracks in the pavement with brightly colored knitted pieces. Sadly I haven’t run into one of these small street art patches yet, but it must be funny to accidentally
walk over it. 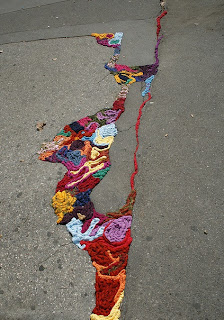 And you know what’s funny, while doing some research on this artist, I found about another artist called Jan Vormann and his ‘Dispatchwork’. This German man travelled through the whole world during 2007 until 2010, visiting cities like New York, Amsterdam, Tel Aviv, St Petersburg and Rome. His mission was to rebuild the crumbling walls of monuments and buildings. With Lego. Yes, the toy you (probably) played with as a child. His colorful reparations attract a lot of attention from by passers. For instance, in Berlin, he filled the gun holes in the walls from the Second World War. 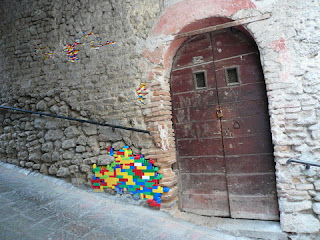 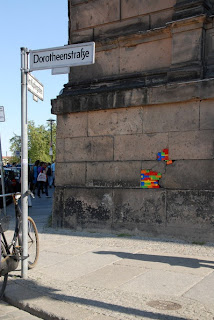 I like street art a lot (that is, if you don’t count ugly ‘I was here/kill this/fuck that/love you’- graffiti), mostly because it’s fun to just run into it. When you go to a museum, you expect to see art. When you’re just wandering around in a big city, you don’t.
op 7/20/2011 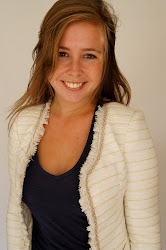